As a skiller myself I have a team of skillers and none of us are pkers. I would definitely go in wild and risk my items to get skilling supplies and XP. But if I understand this properly. There will be no chance for me or my team as skillers to even bank any supplies we manage to collect from new area as the likes of teamdk and the Swedes as beatdown said will just run it with no challenger's what so ever. I know you can't please everyone and your working really hard behind the scenes to keep the game interesting but this update isn't for me. And probably won't be for most skillers either as we'll all just get pked right away by big teams. I know the wild is meant for pking but skillers need an incentive to go in wild and by the sounds of it. If I'm skilling on my own in the new area say cutting a tree... My XP will go down (so no incentive there) I won't get to keep logs as they go in a bank which ain't mine or my teams (no incentive there) and some badass pk team are gonna come along 2 mins before the hour ends and 3 man team me or whatever and get any supplies I've gathered (no incentive there). So this is obviously a update for pkers only correct? As no skiller in his right mind is gonna enjoy this update.

You're correct and it needs work. lol This was suppose to help skillers and its not really at all....

that is because i am the established top overall player.

Thanks everyone who gave feedback in this thread http://www.rscrevolution.com/viewtopic. … 132#p74132

Thanks everyone who gave feedback in this thread http://www.rscrevolution.com/viewtopic. … 132#p74132

This is great for the server.  Thank you for all your hard work. I don't have much time to play lately but this is definitely tempting me to make some time.

Just checked this bitch out in-game!

As i told u ing Billy. VERY good job. Now there Will be No escaoe from my r2h. Cant wait

It's sad for me on one hand because the fort design looked like a more badass dark warrior castle. But, there is much more potential in the streamlined design. Before, it was basically a deathtrap that gave occupying / larger teams a huge advantage over attacking / smaller teams, with retreating being basically impossible.

Now there are really interesting possibilities with v3's massive southern and tiny western bridges. Getting attacked on the south then outflanked on the west, getting jumped at the original altar hut on your way to recharge, are just a few things that come to mind. The bridges also flow well between the two closest teleport obelisks, one to the south and the one to the northwest. So there's more opportunities to overwhelm an occupying team.

I posted this elsewhere, but then found this post which I forgot about:

'Just wondering if there's any intention of adding more trees to the new territory? There used to be multiple lower-level trees in the old terri, now there's only normal trees, yews and magics.'

Looking forward to try it!

draft of v4
objects/npcs have not been moved yet
features are 3 major bridge entrances/exits, four entrances into the castle halls, four diagonal entrances to the courtyard. npcs stay in the cutcorners rooms in the four corners and won't interfere with running through the halls. all the other features of current fort will be there in some form. 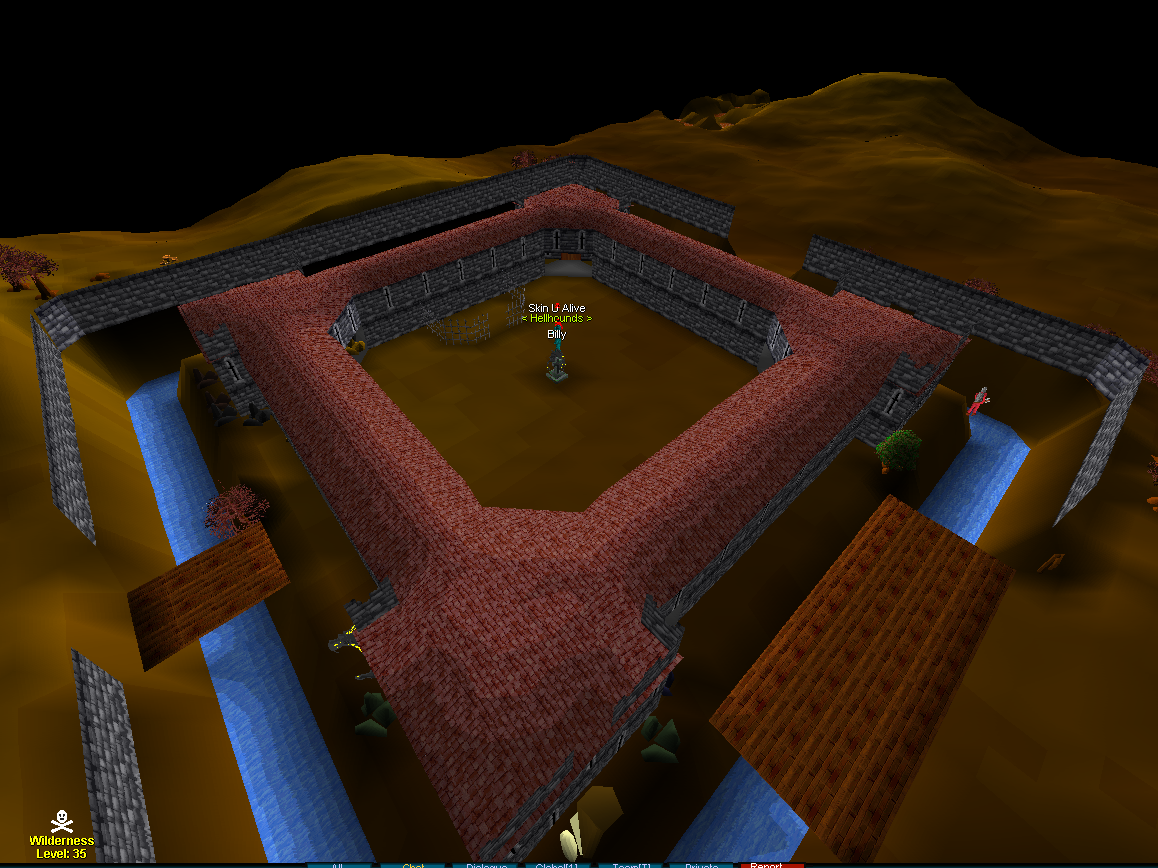 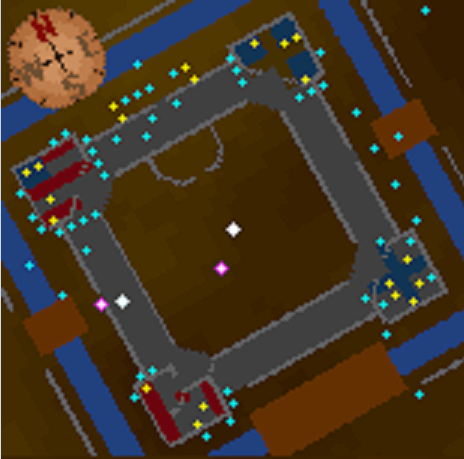 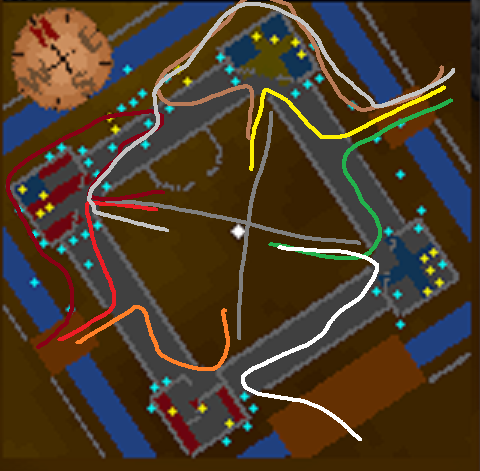 I cringe every time you miss use the term "Real time updates". With that aside, this looks absolutely amazing. The custom content on this server blows me away.