- Stat menu panel has been enlarged to fit all text.
- The X marking the location you are going to, on the mini map, has been made a touch smaller and is now accurate.
- APK issue with it not saving your click to hold time - Fixed
- Insert and swap while banking on Android have been adjusted for more accuracy
- Removed Protect from Magic spell from prayer list (this will not be implemented)
- Latency added to the sidebar. 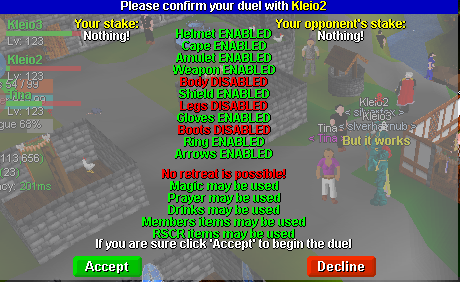 - Noted items now work with quick gears
- Teambanks getting disorganized after restarts - fixed
-  When using the insert/swap when trying to select your item to move it seems to be off, you often accidentally select the item above the one you're clicking. - Fixed ( Mobile)
- Deposit Equipment was not working for teambanks. - Fixed

- Jatix will now tell Ulti Ironmen that he can not assist them, rather than giving them noted vials in exchange for potions. (UIM are stand alone only!)
- Golden Bowls are now stackable for easy removal from bank after smithing
- Guard Dogs now accessible in Ardougne, to Melee, only after completion of Tribal Totem.
- Combining poison antidotes to create full potions has been implemented
- Shopkeeper in Fishing Guild right-click option now works
- Fire Giant rune drops buffed
- Gate in Reaper Lair, by lessers, not allowing players to pass through - fixed
- Druidic Ritual Quest no longer gives wrong XP reward to Veteran accounts
- Black (G) Helmet is now listed as (G) in the Auction House
- Mithril pickaxe stats have been set properly
- Unstrung Amulets had typo'd text.
- Dramen tree can now be cut with an equipped axe
- When completing scavenger clues without the clue scroll in inventory, the items are taken.  - Fixed
- Woodcutting Guide has been updated
- Pheonix Weapon Stor Key can now be used on an Ironman, so they can complete Shield of Arav without Moderator assistance
- Ring of Life will now work outside of Melee combat.  For example, being maged by reaper.
- Converting Gilded Plated / Legs now works with Thrander
- Max Cape price has been changed from 1,782,000 to 1,881,000 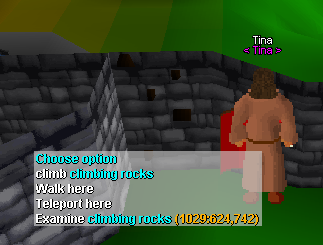 - Underground, and top floor in eastern castle are now 1v1 , as the ground floor is
- Poison Arrows - not doing poison damage has been fixed
- New gauntlets can no longer be worn with harden plates.
- Players can no longer bank at fort while being casted with magic or ranged
- Hotspot bug - no red skull - fixed
- Poisoned darts are no longer able to poison you, if you have protect from ranged prayer enabled
- Unable to "unlock" on party system / leave party  has been fixed
- Timer on Fort doors has been fixed.  Read below to find out about the Fort Dragon Door!
- Suiciding on Dragon inside fort will not be fixed, but this will happen if you choose to do it

- If the KBD targets you while in Survival, you are no longer able to log out.
- Players can use shield of arrav pieces and candlesticks on others in survival - Fixed by not allowing items to be taken

- Renegade Knights were not aggroing players on slayer task - fixed
- Poison can no longer produce the last hit on Golems
- Salarin the twisted not affected by strike spells done using Slayer Staff (Strike) - fixed
- Torch lighting bug - player not registering as "in combat"  - fixed
- Rune Golem XP Bug - fixed
- "Nowhere" option on Slayer Ring will no longer use up a charge
-  Decreased Nature Rune drops from slayer monsters - this was done due to the Nature Rune prices dropping way too much.
- Add Clue Scroll drops to slayer Monsters
- Slayer Staves will no longer auto cast in F2P Wilderness
- Slayer Mask - can now be worn in place of a dust mask
- Slayer Cape has been added to Xae'Kor's shop. The cost is 500k GP, and you must be 99 Slayer to buy and wear.  ( Mr T will be our first player to 99 Slayer, within the next couple days )

We have been working on an RSCR wiki that will be released soon.
This will be a great "go to" for all RSCR custom content questions.

And you're going to make us have to wait for Mr T to tell us what the Slayer Cape bonuses are?! Nice!
Got me excited with wilderness updates but nah...
Remove bank and teleport from castle please.

Love the updates, was really hoping to see a slayer mask rework to include 1-39def.
https://www.rscrevolution.com/viewtopic.php?id=16016

Love the updates, was really hoping to see a slayer mask rework to include 1-39def.
https://www.rscrevolution.com/viewtopic.php?id=16016