Hello, and welcome to our 2018 November newsletter! Here are all the new announcements at this time:

Our previous owner, n0m, is stepping down from running RSCRevolution. This is a big milestone in our history, because n0m has been around since day one and even before. Almost everything that this server has become is due to his hard work and innovation; not least of all, he is the first person to make a mobile, cross-platform game upholding the legacy of RuneScape classic. Luckily n0m is remaining to work as a developer with our brilliant lead dev and administrator Kleio, and will continue to work in Java and SQL, so we do not lose his amazing abilities and influence in this game.

Now the torch has been passed, and I am taking over RSCRevolution, which are words I'd never have guessed I'd say when I joined as a noob years ago! I'll still be managing player-facing issues in addition to the new responsibilities, so any questions you would have directed to n0m should be directed to me instead. Aside from that, this doesn't change much for you as a player, since Kleio, n0m, Mod Pepsi and I will continue to run things as they have been. Anyone who was around this past Halloween event should be aware of what this team is capable of

I'm beyond excited to step up and serve this community as best as I can.

We'd like to congratulate and extend a warm welcome to all our newest moderators! The following players were chosen for exhibiting a deep knowledge, experience, helpfulness, and teamwork in all aspects of the game. Without further ado...

Make sure to add these mods in-game!

Also, congratulations to Mod Mel who was promoted to senior moderator this Halloween.

Remember, moderating is a volunteer position and often a stressful/thankless one at that, so please give these new staff members a nice welcome! So what if you applied for mod, feel you are really qualified, but still didn't get in? Just because you didn't make it this time doesn't mean you don't have a chance next time, so keep doing whatever you've been doing! And if you haven't posted an application for consideration but would like to, please follow the template provided in the staff applications section. 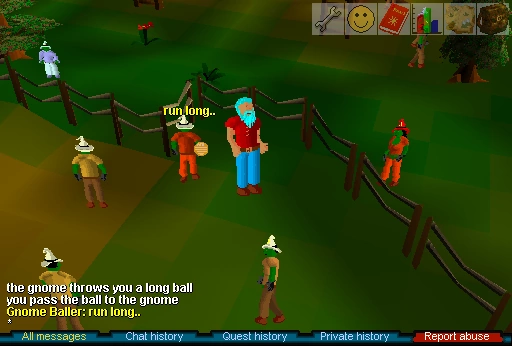 Thanks to the efforts of the open-source RSC preservation community, and with a special thanks to our mods who dumped information while playing classic RuneScape in its final days, we are finally closing in on full replication. By November 12th, RSCRevolution will exist as a faithful living memory of RSC content, except where it has been expanded on or improved by our team. We hope you will meet us on the Gnomeball pitch when the big day comes, and maybe even teleport out with a gnomeball of your very own!

Classic PK is an art form where the only way to preserve it is to practice it. We have been paying special attention to the discussion regarding the wilderness.

On one hand we will look at common barriers to participation. Two related concerns are: 1) new players with one or few characters who are interested in PKing, but can't participate. Compared to established PKers who share vast lists of characters, newer players have a relatively higher cost of PKing. This especially concerns time required to train multiple builds and risk. And 2), players who can only PK on one character getting heavily out-valued by players who can fight them on multiple characters.

On the other hand, we'll look at design flaws with existing PKing that affects seasoned PKers every day: hotspot locations, Team Fort requirements, team combat, and unsatisfactory rules and boundaries.

We will continue to comb your suggestions and debate the best ones before putting them to a simple poll on the front page. We believe the wilderness is for the PKers, so let's have PKers help decide what kind of wilderness we should be fighting in. And remember, no matter your preferences, the common goal is to get as many people as possible player killing in the wilderness.

The first of these PK referendums: "Should we limit a PKer from using multiple of their own characters to attack the same target?", so pick the solution that you feel best solves the issue. (As usual, repeat voting attempting to artificially tip the scales will be punished.)

Our graphic artist, Mod Lucki has been firing up outstanding art which has never before been seen in RSC, yet fits right in with the look and feel of classic RuneScape. In the past few months you've seen her revamp the design of certain equipped items, giving amulets, necklaces, and items like the dragon medium helmet, dragon square shield, and anti dragon breath shield a richer more authentic appearance in line with how they look inside your backpack. The next equipment that will be changed this way will be the dragon sword, scimitars, and elemental staves. This way if a noob player is wielding a scimitar, you can quickly inform them scimitars are not viable in classic, and they're better off with a 2-hander instead, along with being able to tell which elemental staff someone is wielding.

You've also seen and hopefully earned the amazing skeleton suit from this past Halloween (if not, there's always next year). So be on the lookout for regular additions of new items and equipment!

And finally, even though there's still only a couple months left in 2018, there's even more content and activities coming your way. Aside from a minor event this coming Thanksgiving, players should ready themselves for the major holiday event this Christmas season complete with a limited-time quest, cooperative boss fight minigame, and a new cosmetic that you'll get to earn for keeps!

As for next year, sky's the limit. 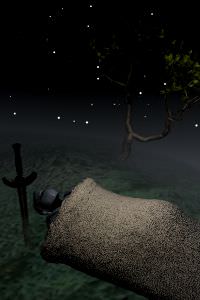 Thanks for taking the time to read our November newsletter, and for bringing us along for your classic adventures.

See you in game,

Great post Billy.
We have all been working hard to get these final replications in place and tested before release, as well as working on Halloween and now moving on to Christmas.  How do we 1 up last year, since RSCR is known for epic holiday quests?? Stay tuned to find out!!

Welcome to our new staff! Congrats to Mel on senior!

Fantastic news for RSCR. Thank you to n0m for all that he has done as the owner of this server and for remaining on as a developer.

Congratulations to you Billy for becoming the new owner of RSCR and thank you for ensuring that RSCR remains in the hands of a dedicated and loyal party.

I couldn’t be more excited for what the future holds for RSCR and I look forward to helping to contribute to this future and all the wonders that it holds.

finally people in control who give a shit! good stuff

i think its a great thing for NOM to remain as purely a dev. more time for him to work without dealing with trivial problems best sorted out by others.

i'm also very interested in how this pking poll works out.  some valid points were ementioned you billy's post about cost's of pking for a new player.  Also a new player is prolly still learning how to work out how to catch and get used to ranging, eating and later on magic.  I personally have mastered eating and running.

Congrats to Billy...! Sucks n0m is stepping down but can’t say I’m surprised..
sucks that shinobi was given mod position, that kid is so toxic....

sucks that shinobi was given mod position, that kid is so toxic....

Congratulations, you have reached Butthurt level 99!

Logging in after eternity to write - Congratulations!

Best of luck Billy, you are truly a person who will make sure RSCR will have great future. Somehow i knew its going to happen at some point:)
All rail Billy!

From: Slums of Shaolin
Posts: 13

N0m, thank you for all your hard work! Billy, good luck! It seems like you’ve got a great set of staff here supporting the community.

Really happy for you Billy!!! And congrats to all the mods. edit - This is a version of a message I sent to N0m on Discord earlier that I rewrote for use on this thread

I think N0m should get an enormous digital standing ovation for all the hard work and long hours and frustrations he's had to deal with over these 5-ish years. It's a shame I never really got to be that close with him during that time, but from my recent 3 month tenure as a mod I got a little taste of just how many people he had to interact with on a daily basis, so it's very understandable and I never took it personally. From the beginning, N0m was focused on making the game as good as it could possibly be and I personally enjoyed the hell out of it... I joined May 22nd of 2014 so I've been along for pretty much the whole ride, the good stuff, the meh stuff, and the bad stuff (*cough* Fate *cough*)  and all that... I remember all of it. It sounds corny but I really will always think fondly of my time spent on this game with such competent and dedicated people at the helm. Thanks again N0m and best of luck with everything.

Great post! Very excited to be part of the team

Rules (give them a read)
List of RSCR features and links
RSC Wiki, for anything RSC