Hi, veteran players will recall that before King of the Castle, there was a rotating king of the hill PK location called "hotspot". We will be bringing back the hotspot rotations in the next patch with some changes.

Currently, the party that controls castle receives double stackables drops, 1.5* greater XP rates all around, and control points awarded for amount of time holding the spot uncontested which can be redeemed for gear at Mad Zeonk's store.

With hotspot, players will have to fight to control the hotspot selected randomly from the following locations: Edge Dungeon, Castle, Bandits Village, Ice Plateau, and High Wild Dungeon. N0m has added asymmetrical boundary support to prevent any impish border trolling. Benefits for controlling will be the following: double combat experience rates for the controlling party, and control tokens (or equivalent) added to drop tables for all NPCs inside the hotspot. These will be redeemable for items in Zeonk's store, including additional combat experience. That's right - by far the fastest way to train your PKers will be holding down a corner in the wild.

Please let us know what you think so we can make hotspot a system that promotes PKing your way.

"What about the Revenant?"
Wow, you remember when the revenant used to guard hotspots? Have an egg roll, you seasoned veteran, that's like hotspot v1! Revenant will not roam the new hotspot but we plan to add him back to haunt the entire wilderness, with a slow respawn time.

Will all skill have 1.5x rate and 2x for combat?

I think adding a boundary to otherworldly being lvl 55 would be a neat little area to add.

Another idea we'll be going to implement is additional drop table for current hotspot npcs. This drop table will contain everything to help supply pkers. the rates will vary based on npc level.

No.
Dont spread the pkers. Castle is where the action is.
If you think its one person holding hs right now it'll be even worse if you make a rotate i believe. They'll be even less targets since us pkers wont hunt them when hotspot changes from castle.

Ill vote leave it as it is

No.
Dont spread the pkers. Castle is where the action is.
If you think its one person holding hs right now it'll be even worse if you make a rotate i believe. They'll be even less targets since us pkers wont hunt them when hotspot changes from castle.

Ill vote leave it as it is

Part of me agree's entirely with this, the other part of me likes the sound of the new double combat XP and the combat token drops that give EXP and the custom drop tables for each monster inside new hotspots. They are all very cool features however I despise P2P and you won't catch me gearing p2p/f2p every 2 hours just to go and PK. I will use it and fight for it when it's in F2P but absolutely no chance when it's P2P, I myself like Stolt would rather see the focus around Castle and like Beat, I agree that we need to remove the ability to just walk in hotspot and contest it. You either log out, leave the area or die to lose control of the hotspot, not just when some level 3 trollop walks in the HS area

Hotspot should be that you have it till you log, die or leave.

Ignore the hate the fake and the funny shit

When we pushing this? As it stands the current hotspot is just a way to farm kills by killing low levels with your high level, PKers don't fight for it. Adding back rotation although spreading out PKers across the already too large map which makes me a bit sad, it will stop all this trolling once and for all (if you implement system where you have to die, log out or leave to lose control). 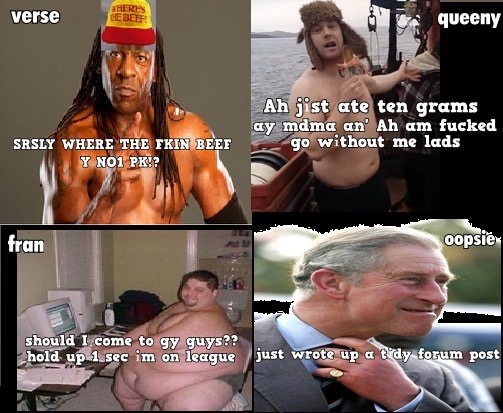 Do not ever make them tradable of any kind.