Yet another year has gone by and we are going as strong as ever! It's time for our annual Christmas event and there are lots to do for all styles of players whether you are grinding for more levels, gearing up for PK battles, or preparing to grind away for this years holiday items!

Christmas Wonderland (also known as Grincher Mountain) -- December 24th - New Years
To get to the wonderland, speak to Kruma the Elf in Edgeville. He will allow a maximum of 2 characters per IP at this wonderland.

On the mountain you will find some new npcs for this event. Penguins and Polar Bears roam free. They are strong so be careful. Bring plenty of food and armour as you could die, a ring of life could come in handy! You will also find two of three bosses that live here. The Arctic Beast will be at the top of the mountain as well as Rudolphs all around to kill. You will also see Santa's chest. Wonder what's inside.

Head to the old man hut in Edgeville where you will see Santa's broken sleigh. That's right, this is Edgeville's first Boss. Clicking "Ride" will cause the SantaShifter Boss to appear. He transforms into multiple NPCs that must be defeated in order to get the next one. Each form is different and stronger and has its own drop table, so be sure to have roons to telegrab. This boss is unique to you and can only be seen by you. SantaShifter hides in a 2 IP zone.

Bring lots of supplies, there may be more than one way to kill this boss... 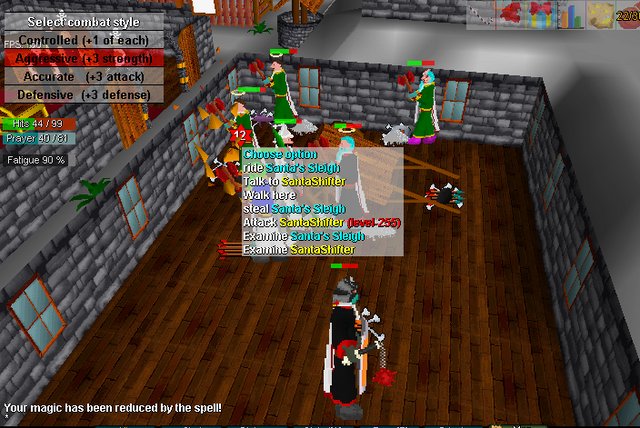 Found around the mountain at Christmas Wonderland. He looks cute but his horns can be deadly.

You will need to be strong and well rested as this deer will drain you... 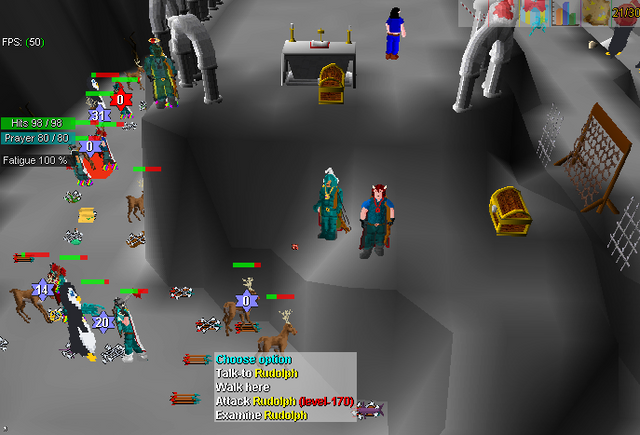 Found at the top of mountain at Christmas Wonderland. This is a group effort beast. Very high hp. Battle at your own risk.

Duck your head often as he might hit you in the head with a snowball... 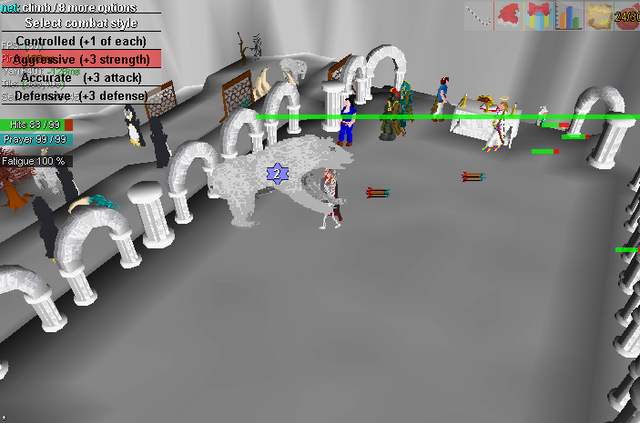 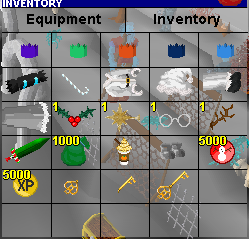 Global tokens has been turned on for this year end event.
We have added one item specifically which we hope all players will find useful for their hard time grinding. 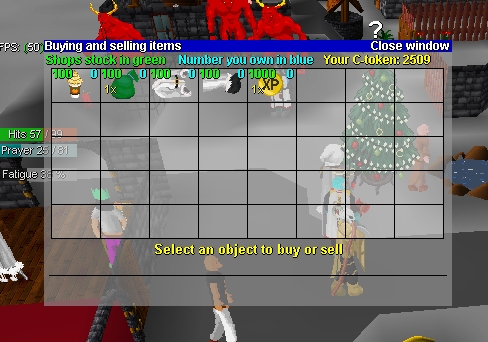 Double xp, 4 times at 4 hours each

All bosses will drop half keys. Collect both halves to combine to one key. Use this key on Santa's Gift Chest located around the mountain to collect a nice gift. 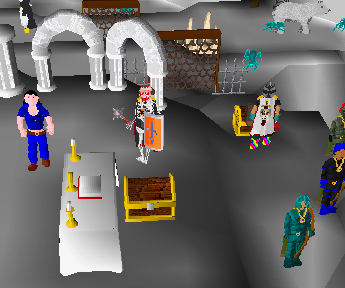 Talk to the Christmas Tree in Edgeville to start these mini quests.

You can collect these items from the new holiday npcs and bosses. 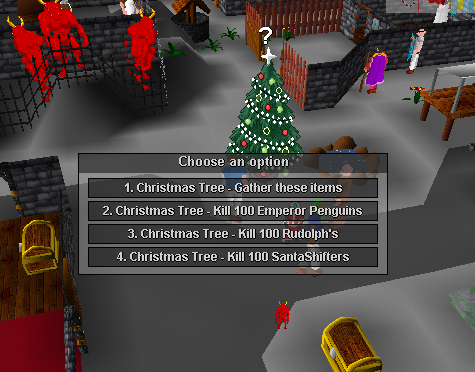 As always, we have lots of new things and content planned for 2022. What is dis end game slayer u talk bout???

Hey guys I will be hosting a event bonanza from the 25th to the 28th of December 500m worth of prizes! To help fairness with distribution I will be giving some prizes to Mod T to host Event's for other time zones so everyone has a fair chance of winning something! Prizes include party hats, gold halos, silver halos and much much more! Thank you for the people that helped donate! And if you would like to donate more to the cause feel free to message Mod Anti or my main Antiman in game!

A special thanks to all the mods who made this event happen and created the sprites for it.

I have two things to say

First, this is gonna be freakin' awesome! Just from the outline I can tell how much work went into this one and we the players do greatly appreciate it. Thank you

Second, make damn sure the santashifter boss is totally tested out or you'll have a hell of a mess if stakers/edgesitters start dying due to a bug in the programming.

The new phat colors are wonderful!

Thanks for the christmas event, had a lot of fun it was a great.