We are back at it again!
This time we are here to bring you all huge changes regarding the hot potato, that is the wilderness. It's never too easy to make decisions that are most likely to disappoint some of our players, but sometimes they are very much needed to get things back on track. Our goal here is to make whole wilderness more balanced and accessible for everyone, as well as making it sustainable in the long run. Without further ado, heres everything that changed today in a nice, compact list: 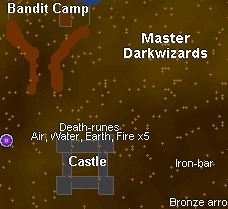 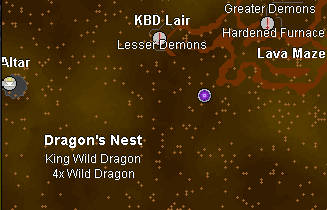 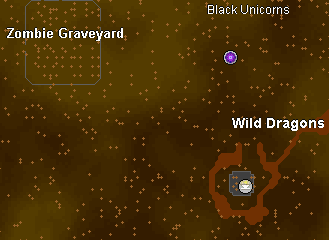 Other new in wilderness:
-Anti-parking: Characters logged out for longer than 30 minutes will be moved to Edgeville.
-2 IP Wilderness
-Fixed bug with 5v1 where nobody could do cast damage

Maybe old news to some but still something we want to specially mention, as it was not as well informed than wed like.
Last month we developed a new combat formula, the goal of it was to get it as close as we can to original RuneScape Classic and to our knowledge we're much closer than we have ever been before. After a week of very succesfull trial, we decided to implement it permanently.

Some minor added and some fixed:
Not directly related to wilderness. 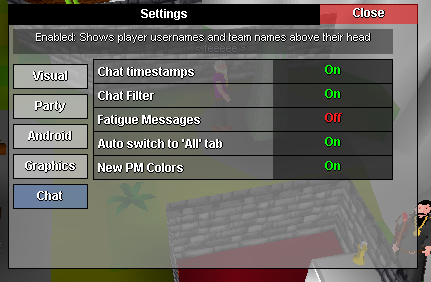 Please note: Even when chat filter is now optional, we still very much enforce our rules to maintain pleasant enviroment. (!!!)

I think heres all for today folks. Let's keep on keeping on, with your help, as always.
Sincerely, the RSCRevolution Staff team

Not a fan of the new wilderness slayer dungeon. Cant tp out or bank so thats already gonna be a no. Golems are so spread out, those tasks would be especially bad having to keep running from the golem that isnt your task. I liked the old east wilderness slayer dungeon a lot more. Not sure why there cant be both. Not going to do wild slayer anymore I guess.

Alot of good stuff in there.. but this update kills wildy slayer. I've been advocating for a long time that the slayer stuff be in P2P so that's awesome. But I meant just make the dungeon p2p. No teles from deep wild make this stupid unless you add the wild task master to the mage bank. I didn't see any lava golems and one single rune golem..? All the golems are mixed together making those already annoying tasks even more so. I didn't look at ice mountain but are ice golems still there? What about green dragon tasks? Have they been replaced with wildy dragons? Ogres don't exist in wild now either. Also the one entry is surrounded by venom bombers so always gotta have poison cure which is annoying (which apparently don't work in the wild right now). Otherworldly beings and undead ones in ne wild now also removed? From a slayer perspective more is broken than fixed.

Also was it necessary to remove all the teleport locations? I really don't think that was a problem before and it's way more of an inconvenience to get anywhere now. Ice mountain, red dragon area, red spider ruins and one near reaper dungeon should come back. Also ardy teleport lever is no longer working. Another bug I found was poison cure pots don't appear to be working in wild.

I am happy to see the update, it is definitely interesting and I hope it will lay the necessary incentives for pk to return. However, I noticed some aspects and have 2-3 ideas.

- Ardougne Lever seems to be not working
- Even from mage bank I was not able to teleport to castle (I think). Also, was it on purpose to remove many teleports? Not so convenient.
- Edgeville log out timer is 5 minutes

- Are there going to be places with xp boosts?
https://cdn.discordapp.com/attachments/ … nknown.png
- Perhaps add a 2nd king wild dragon to the Dragons Nest
- Is there a specific place where ranged training is supposed to happen, some similar spot to ranged guild?

- What is like the main area where pk is supposed to have now?
For example, at turnip you can go to edge with ::edge, tele directly to castle and there is activity. Fast and easy access.

- Was it a good idea to move castle back to the completely original version? The npcs there do not even auto attack me. I can't see really an incentive to go there anymore.

Thanks for the effort and looking forward to the changes, hopefully more pk.

He comes, I Conquer.

Finally some light in the els so dark &  abandoned wilderness!?

Massive ++  Is this pointless "slowmotion" f2p multiganking the 1client pkers might be over now??

I heard it takes skills to manage multin.. and thats the reason i typ this crap.It must be dam advanced to pk at castle vs 1 client guys open 6 clients so it actuall 1v1 turns into minimun 4v1, gratz you just earned yourself 1 str ammy, server lost another guy, pat your shoulder, you just achieved something.

When was the last bigger multiwar at castle? now we dont talk days, weeks or so it was seasons away. "high rollers multipk at castle" looked like this: BH made "Rons Team" look like a flock of scared of the wolf. i have actually only vittnes close to even fights when Ron had 4 or more vs 2.

Bring back some p2p rotation 1day/weak on a try.
When we had it years ago, people liked it and built many chairs for it, now we all have x - amount of more or less useless chairs and loads of gear/stuffs never to be used again?  Possible solution otherwise: Kleio buy the items, pays well and donate everything back to players arranging events etc over time and offers to reset stats a bit.

It would not have been so many changes back and forth along the road.
Try to make it good now and keep it that way.

Make Rscr Great Again, For The Majority Of Plyerbase Which You Have Ignored For Too Long

BAh the fort is removed. i dont like this update!

- tele to castle from lumb, 30 second time required only. maybe 45sec?
- no ip restrictions whatsoever, if there is any.
- bank + Altar  near / in castle.
- annabelle statue back up. RIP Eric.

Drat...gonna have to figure out a new place for my army haha

Thank you for the updates and the hard work, even though none of it applies to me as a skiller.  For those crying this is a skiller update I'm assuming are just salty to the big change that they can't park 50 accounts in wildy, as this is obviously a 99% pker update adding NPC's for pk spells...  The only "skiller" change is the dbone xp, but it requires you to go to wildy so it's actually just an attempt at a pker boost and doesn't apply to skillers.  I'm just glad to see progress on the server. Fort removed - good, about time. This never benefitted PKers just teams of skillers farming pixels.
HS removed - good.
east wilderness content removed - whatevs.
Slayer dungeon - should ask the people who do slayer, looks like they dont like the update from what I read.

-Castles custom changes reverted, removed bank and altar.
This will once again benefit bigger teams (not a problem right now since its so dead its not even funny at this point.) Even the rats are removed. Nothing that draws people to castle. The point of removing all the skiller farmlands is to make a central PKing spot and not have tons of places all over the wild. Add some NPCs with good drops(fire giants, green drags, whatever) in different corners of the room or something. And the rune spawn to 5 is an epic joke. Its equivalent to picking up bronze arrows near the bears east of castle in RSC. No on cares. Make it 50 per spawn and people MIGHT bother picking the runes, might not bother. 5x runes with hopes of someone picking them up is borderline offensive lol. And to skillers who are like "argh I dunno (read with Butters voice) it will be bad for market and I worked so hard to collect all those runes and now they are no longer as valuable." you dont need to hoard pixels that are consumables and benefit no one but having plenty on the market on the otherhand will help PKing grow a lot, escpecially for players who choose not spend 10+ hours on this game per week.

Checked out the new Dark Wiz NPCs. Hard to kill, drops are bad (6 death runes etc, def not worth the trouble. No one will kill those for the drops thats for sure).

Dragon nest - can no longer semi-AFK drags since theyre spread out and getting to bank takes longer time. Which will make dbone price go up. Not necessarily bad since the market dictates the price of items but it will make grind harder for people who are still making

char/chars. Put the drag spot west of castle so PKing is close to castle and add more drags would be my suggestion.

Make castle more appealing and the centre of PKing. I agree with what Jauro said. Chars are still hard AF to train (jesus christ why, its 2019, we are old, takes forever, PKing is expensive, tons of flats on the server, no one wants a dead server) etc. Address those 2 things and youll have numbers again. Without understanding why PKers have quit you cannot make updates that will make PKing active again. Just hit some PKer who understands what the fuck is going on up on discord who has the energy and will tell you guys what you need to do (not many of them left but Id say Jauro hasnt given up hope yet and has offered tons of FREE input how to better the server. Its been ignored tho.)

This was very big change to many and we appreciate your patience with us. There seems to be a tone in many posts here as if these changes are final and not something we will tweak and fix, that is not true. The wilderness overhaul patch is only the beginning of series of many changes and experimenting with Wilderness and we're working towards making it be best it can be.

Your feedback has been heard and many changes have been made already and we've got more coming up which we'll make another news post about.