We were surprised and a bit saddened to hear that on August 6th, Jagex's RuneScape Classic will be taken offline. "After such date," we are told, "it will no longer be possible to log in to the Classic game" again. (At least, not the original Jagex-hosted game.) 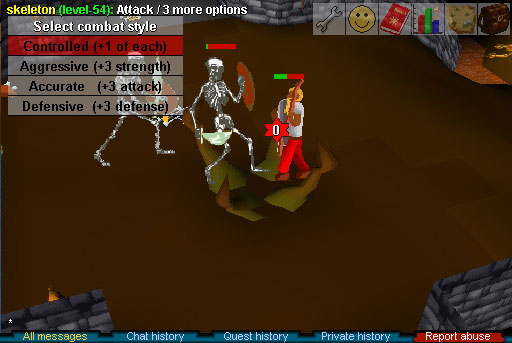 We logged countless hours on vanilla Classic in the early 2000s. Some even played when it reopened a few years ago. In later years it's become the gold standard, really the only standard, for replicating the content we were missing here on RSCRevolution. We still regularly tweak object placement or other miscellaneous attributes after someone points out how it was actually different in vanilla Classic. 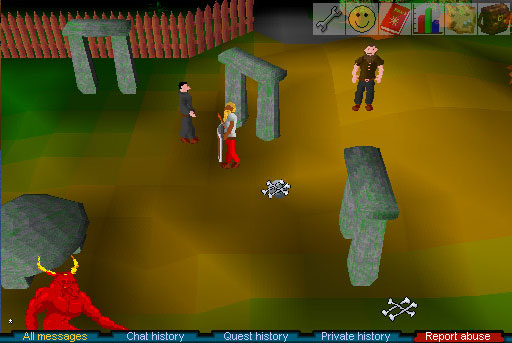 Even though I much prefer the RSCRevolution client features over the original, there was something comforting about logging back into vanilla Classic. I will miss seeing people playing those servers all these years later, even if they were probably botting. So, with three months to go until it actually shuts down, we say goodbye, RuneScape Classic! 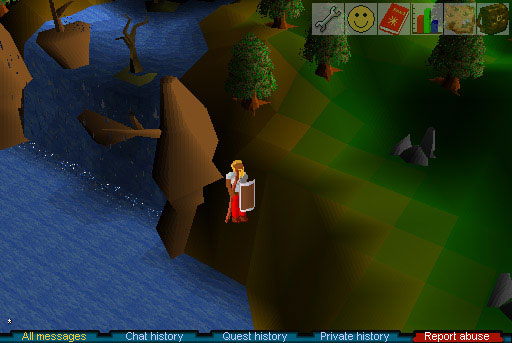 What this means for RSCRevolution

Don't worry, we're not going anywhere. RSCRevolution is over four years strong and we won't stop until everyone in the world decides they're done playing Classic. Just think of how we've elevated the game from fullscreen mode to the Android client and beyond! Jagex cited four real reasons why vanilla Classic is being shut down:

Luckily, none of these issues affect RSCRevolution so we will be continuing to run indefinitely. We have a team of RSC fanatics like yourself, who also love to develop the game, ban botters, and maintain our community. What we DO expect to be different is that there will be players from vanilla Classic who will be looking for their Classic fix when RSC shuts down. Many of them may have never played a private server before and are just hearing about us now that the small Classic community has been thrust into mainstream gamer news. We hope those players will choose to make RSCRevolution their home!

Our duty is to be the stewards of the game and keep the torch lit. 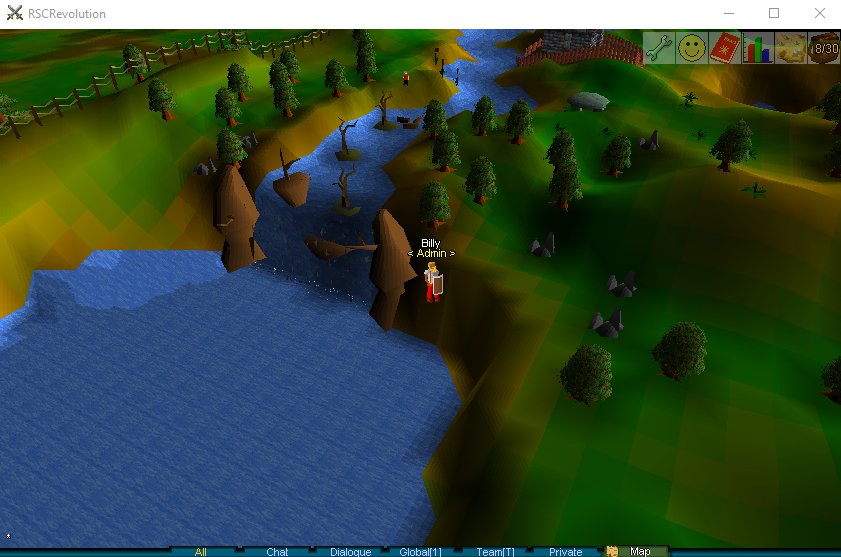 More than ever, now is an exciting time to be a part of the RSCRevolution. With your support over the last four years, we became the #1 RuneScape Classic private server with the highest player count, best developers, and most engaging content/features. But in three months, as far as the player-base is concerned we'll be RuneScape Classic.

I'm not surprised and sad considering jagex closing the game. It is full of botters / scripters so it's not even any legit gameplay on anyones side. At least this is what I've heard, haven't touched those servers in a long time anymore.

RSCRevolution is the future of classic Runescape.

P.S
Let's hope the cheaters are not moving into this server now :S

its been a very long time since i was on jagex's servers but i'd consider myself lucky if i saw anyone standing in draynor....

the only feeling i have with hearing that classic is getting shut down is "Good"  cause if i can't play it no one else can.

i strongly recommend you have a "vaniila" mode for exp to go along with the ironman.

Most say they aren't suprised..meh, i say shutting down any game players once loved is criminal! All jagex are and ever were are CRIMINALS. So happy so see RSCR staff take its place in developing the game even further. Especially after all these years. Thanks staff why do people say this? I'm assuming this is either some troll action or semantics.

I'm glad to see the initiative from this community about making this server true to the original. Keep up the good work.

I made a twitter post on RSC. If I did this on the official RS forums, Jagex could of banned me because I promoted RSCR by saying that once RSC shuts down, there will be private servers to flock to, preferably this one. I too hope the original vanilla players decide to come here as we could always use a bigger playerbase.  And as a bonus, original RSC players would have a really good understanding of the game,  making them prime candidates for helping people or potential modship

Fight the boy become the man. Sit and watch as the young grow old

The bummer for me is I have a red phat on there.

Yes I work in web/ online presence and marketing, I would definitely recommend advertising on social media, Reddit, facebook etc. You can always work on getting a better SEO for organic searches. Im not sure how much is in your budget for marketing expenses ( if any ) but this could be achieved fairy cheap. As long as this website is optimized for SEO you could employ good keyword selection and do back-linking to improve the SEO ranking. Pm me if you want any information.

But on another note: I am so excited for this. I knew this day would come soon and Im glad it did! This is a great chance to gain all those loyal Jagexer's and recruit them to an even better RSC experience

i say offer acc transfers. even ppl who botted flats, its still an achievement, with yrs of work.

botting flats on rsc is harder than getting flats here 20x legit.
also transfer quests. i have no rsc acc myself, know ppl whod play but aint doing the best friend shit anymor. transfers is a boost

How the fc is botting hard???  I've never heard something more ridiculous.

They could have made some solid income off of RSC if they actually opened it back up.....maybe they're scared that it would become more popular than the garbage they call rs3 that they have put so much effort into? Probably.

Oh well. It's actually a good thing because I can't tolerate the RSC XP rates anyway.

How the fc is botting hard???  I've never heard something more ridiculous.

I haven't used a bot since like 2004-2005 back with Reinet/ Skull Torcha so maybe the new bots are better now, but from what I remember it was tedious setting it up, leaving your PC on all the times and sometimes the bot screws up and you have to manually fix it....gets to be a lot of work after a while with the horribly slow RSC rates. On here the rates are way faster and you pretty much do the same thing as setting the bot up by AFKing...check it once every 20 minutes or whatever the timeout is nowadays....yeah, it's much easier to get in legit on here.